Restaurant "Sun Stone" is located in the Rosgarten Gate in 1705, which was built and is a monument of architecture, part of the defensive system of the old city. 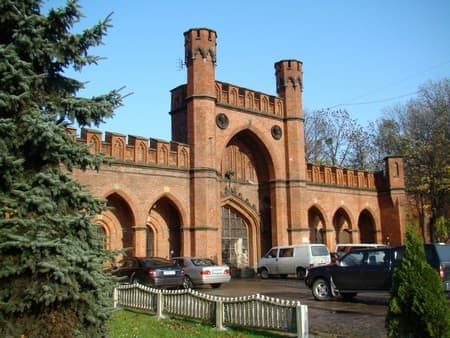 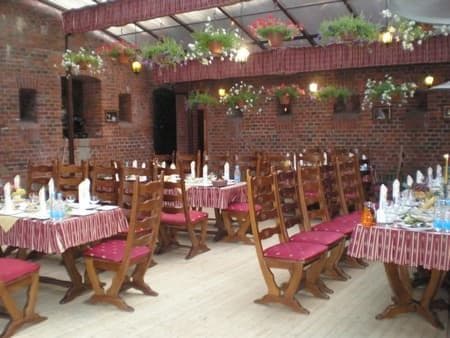 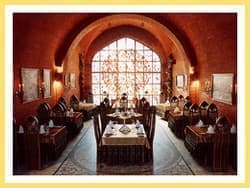 For about 20 years, the cozy atmosphere of the restaurant with a touch of medieval interior pleases its visitors.

The restaurant has three rooms including a summer terrace that meets the wishes of different customers. In front of the restaurant there is a convenient large parking lot.

A number of activities are also available for guests with children. Young visitors can draw with pencils in a coloring book.

The menu contains meat dishes, originally cooked seafood. Mostly the kitchen specializes in fish dishes. The restaurant's signature dish is a fish soup made of noble varieties of fish with a kulebyakoy. Specialty: “President’s lunch” made from smoked eel - a traditional Kaliningrad delicacy.

The restaurant menu is presented in Russian, English and German.

Interesting story: In 1740, the baron, passing the Rostgarten Gate in Koenigsberg, was treated to beer, but did not find trifles for payment. In 2003, a delegation of the German city of Bodenwerden, the birthplace of the famous baron, headed by the burgomaster, arrived in Kaliningrad.

“Now the“ duty of the baron ”will adorn the walls of the restaurant forever. Residents, city guests and tourists visiting the restaurant will see further evidence of Munchausen’s stay in Koenigsberg,” Herbert Breckel said, handing over the 1740 thalers to the restaurant owner.