During the excursion you can visit the cellars of the castle Waldau, where the "Great Embassy" of Peter I was lodged, see the Castle Tapiau. 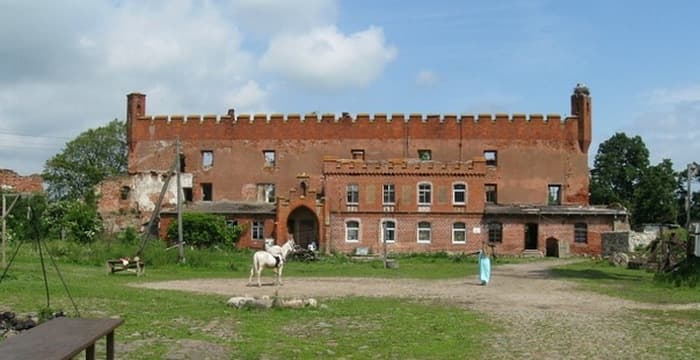 Excursions of this type represent departure from Kaliningrad in the opposite direction from the Baltic Sea coast. During the tour, you can visit the cellars of the castle Waldau, where the "Great Embassy" of Peter the Great lived, see the Castle Tapiau - the only one of the many castles of the region that has been preserved completely, as well as many other cultural monuments built since the XIV century.

Such excursions can be directed to the consideration of the Christian history of the region. In this case, such objects as the Kirch Gross Legiten, the Order of the Heiligenwald and the Orthodox women's monastery can be visited. Either the tour can cover the inspection of more castles, such as Taplaken, Insterburg, Ragnit and Tilsit. Among settlements of the Kaliningrad region, which can be visited as part of the excursion: Nizovye, Gvardeysk, Turgenevo, Ushakovo, Izobilnoe, Talpaki, Chernyakhovsk, Neman and Sovetsk.

The excursion will be fascinating for those who are interested in history. Friedland (Pravdinsk), Tapiau (Gvardeysk) and Valdau (Nizovye) are associated with the greatest historical figures, there were Peter I, Nikolai Copernicus, Napoleon Bonaparte, created Lovis Corinth.

Having visited the old market square and the observatory of the church of St. George in Pravdinsk, the town hall and Danzigerstrasse in Gvardeysk, you seem to be transferred to a hundred years ago, when the streets of Eastern Prussian cities adorned the best examples of European architecture. Unforgettable will be a visit to the museum, located in the oldest castle of the Teutonic Order - Waldau. The official mention in the chronicle of the construction of the Waldow fortress dates back to 1258. In the museum you will get acquainted with the unique archaeological and ethnographic collection.

Offers throughout the year:

— Tour operator "Junona": "Knights' castles of East Prussia" - on Sundays; "Fire and sword: conquest of Prussians by the Teutonic Order" & nbsp; - on Tuesdays; "The Castle of Brandenburg is a living history of Porussia" (from April to October); "The pearl of the Kaliningrad seashore: Svetlogorsk + Shaaken Castle" - on Tuesdays. & Nbsp; To schedule an excursion you can call tel. +7 (4012) 30 70 02; tour operator website www.kldtur.ru Departure is carried out from the office of the tour operator at 8 Oktyabrskaya Street at 10:00.

— Travel agencies, working for the reception of tourists in the Kaliningrad region.