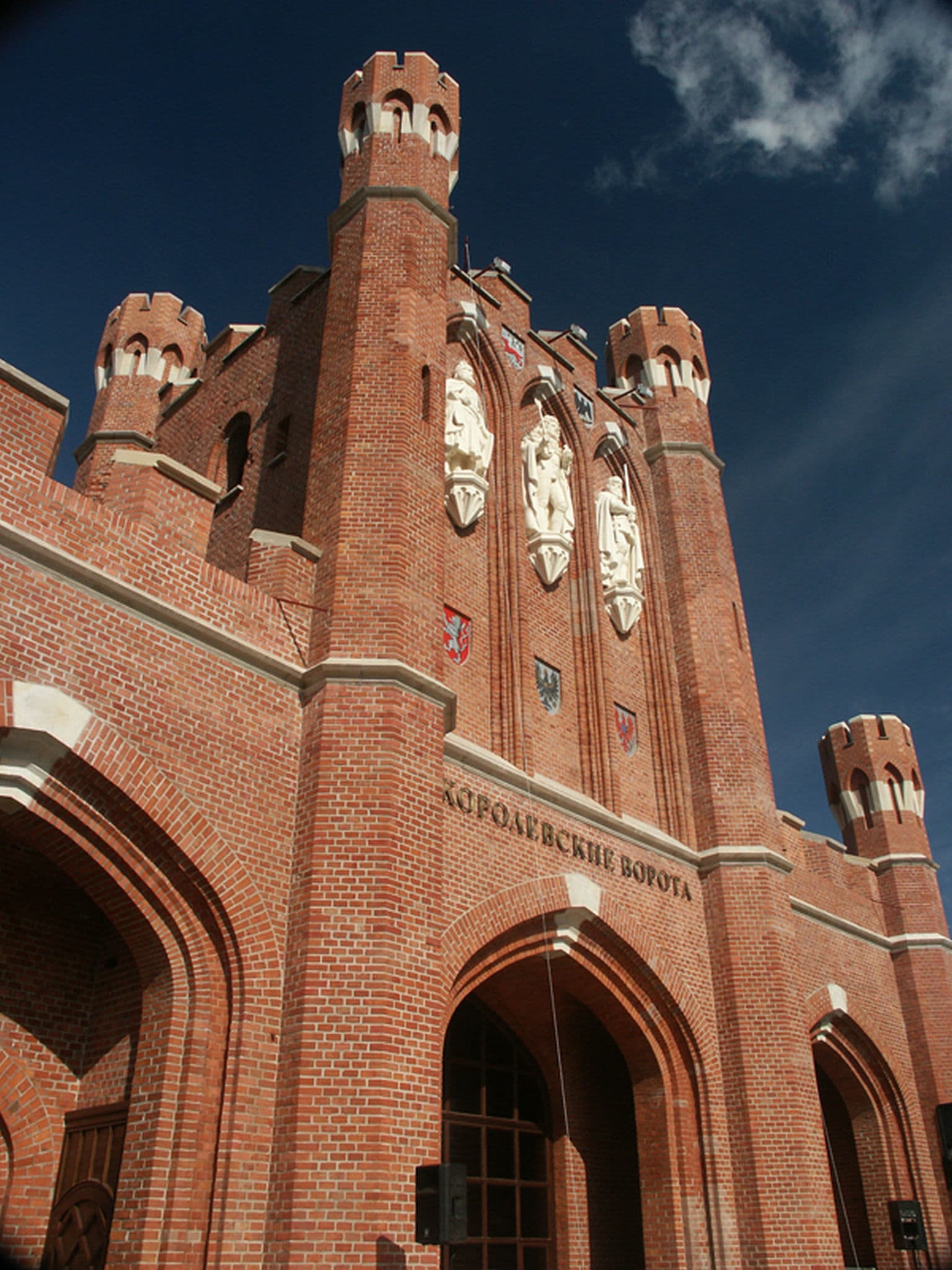 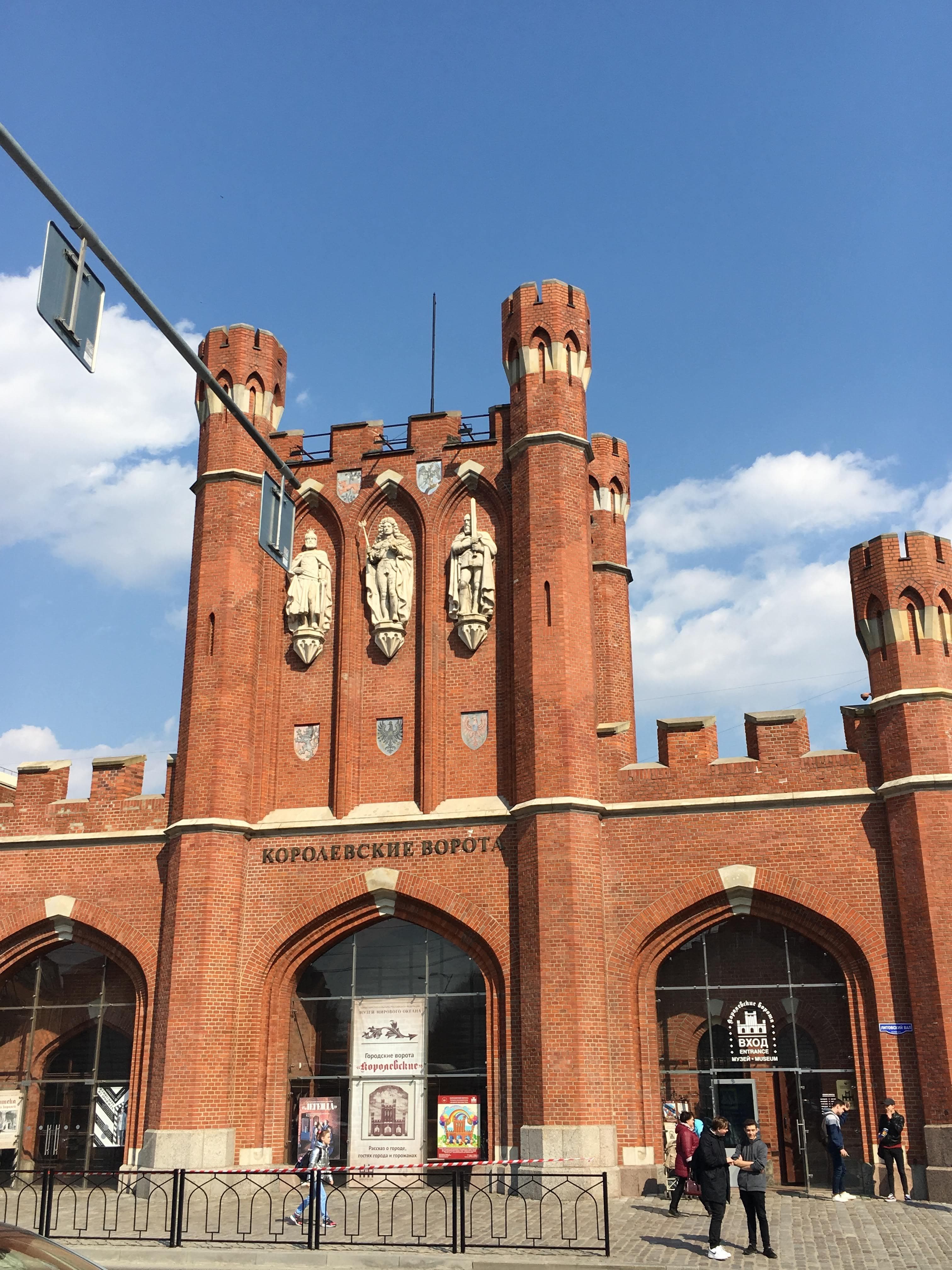 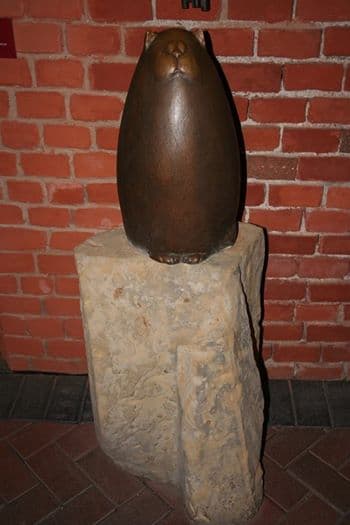 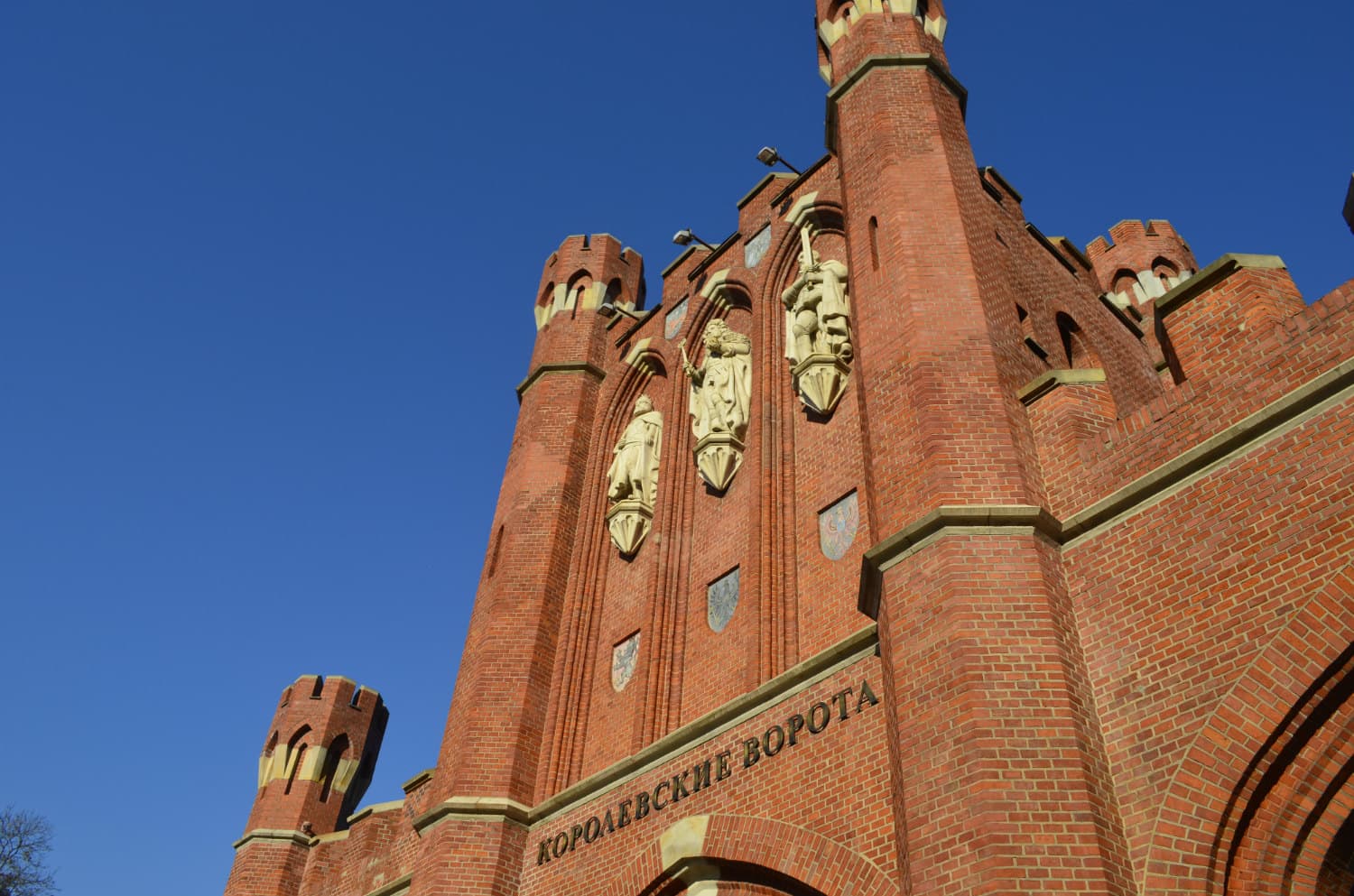 The King’s Gate was, to common conviction, one of the most beautiful in the city. The present King’s Gate inherited its name from the older gates, which were located in the same place. Initially, the Calthof Gate was situated at this place.

In 1717, they were demolished, and at the time of Königsberg’s entry into Russia during the Seven Years War, the gate was re-constructed by Russian engineers. Originally, these gates were called Gumbinnen, because just in Gumbinnen (now Gusev) there was a road passing through them.

In 1811 the gates were renamed the King’s after the name of the street on which they were located (German Königstrasse). The name of the street is connected with the fact the Prussian kings used this road when they followed from the Königsberg castle to the military inspections in the suburb of Devau. At the end of the first half of the 19th century, there was started the modernization of the city fortifications in Königsberg. Then the old gates were demolished, and there were built new ones in their place, which were preserved until now. The solemn laying of the new King’s Gate took place on August 30, 1843 in the presence of King Friedrich-Wilhelm IV, and the construction was completed in 1850. At the end of the 19th century, the defensive fortifications which included the King’s Gate, were decayed, from the military point of view, and began to interfere with the development of the city.

In 1910, the military department admitted that these defense structures had finally lost military significance, and sold them to the city. Later in the 20th century, the barrages adjacent to the gates on either side were collapsed, as they interfered with the increased auto traffic. Thus, the gates became a free-standing, island structure. Now they served as a kind of triumphal arch. The gates were damaged by artillery and bombardment during the World War II.

Since 1976, there was a bookshop No. 6 in the gates. By the beginning of the ‘perestroika’, the bookstore in the gates was closed. The gates became an ‘orphan’ building again, of which no one took care, and which was gradually being destroyed. For some time the gates were used as a warehouse and a shop.
In 1990, the gates housed a cooperative cafe. By 1991 the gates were abandoned. Over the next ten years, this situation has not changed, despite the fact that there were many options for their restoration and further use. A defining moment in the history of the gates was the celebration of the 750th anniversary of Königsberg, which was celebrated in 2005. Due to this event the gates were completely restored. On November 10, 2005, a message to the descendants was walled in the King’s Gate — a glass case with the book ‘The City of My Dreams’, from which Kaliningrad citizens of the future will learn how their time seemed to the citizens of Kaliningrad of 2005. On February 10, 2005, the gates were transferred to the Museum of the World Ocean. Today, the gates are the historical and cultural center ‘Great Embassy’, dedicated to the famous diplomatic mission of Peter I.

The exposition acquaints the visitors with the history of Russian and European diplomacy. The ‘Amber Cabin’, in which samples of solar stone are collected from all corners of the planet, is of particular interest. Construction description by Baldur Koester (translated by Alexey Shabunin) says that the gate initially had only one portal with a width of 4.5 m, through which the pedestrian and road traffic should pass. Only in 1875 the Northern casemate of protection was rebuilt under a pedestrian passage; later, the Southern casemate also served as a passage for pedestrians. What was the situation outside in the direction of the foss can be seen from the Rossgarten gates section. At this point the gates were exactly alike. And only with the increase in automobile traffic in the 20th century, the barrages on both sides of the gates were demolished.

So the place along all four sides of the gates was cleaned for the construction of the road. These roads were also used by trams. In such a free position, the King’s Gate is presented to the observer even today. Its wall constructions of a stable red brick are laid in accordance with military requirements. For example, the barrages on both sides of the middle portal have a thickness of 2 m, and the cross vault in its key point is 1.25 meters thick. In addition to this vault, an earth embankment was also made, which in its profile followed the side earth barrages, that is, continued the earth barrages, without interruption, over the gates and there was a height of up to 2 meters. In accordance with the romantic spirit of the time, to this structure, designed solely to resist the bombardment of the artillery, an eye-pleasing detail was added: on the side facing the city (called the inner side), something like a showcase facade was created, the structure of which in its middle essentially rose above the earth barrages and could be reached only from the earth barrages. The structure could be used at best as an Observation platform; it had no military use at all. This display side is divided into three parts: the middle arched passage is underlined by the ‘two-storey’ structure. It is divided into three blind niches with a tip in the form of a pointed arch. In the mentioned drawing, probably created in 1843, these niches are filled with narrow decorative windows, but the consoles are already placed beneath them. Since the readiness on these consoles there are three statues, in the middle, King Friedrich I, on the right side, the Duke Albrecht, and on the left, King Ottokar II, Bohemian. Thestatues are made of yellow sandstone and do not just stand free, as usual, on consoles, but are firmly connected by their back side to the wall (probably for safety reasons). So the statues survived the war almost without damage. Their heads were broke off later. Between the statues three emblems of the rulers, inscribed on the buried ground, are visible. The surfaces of the walls are completed (‘one-storeyed’ on each side and ‘two-storeyed’ in the middle) with crown of peaks, over which there stand the extensions of the octagonal towers, which are not much higher than them. This type of decoration is usually characteristic of the new Gothic or romantic Gothic styles. The last expression hints at the fact that it fits into the romantic understanding of the middle of the 19th century. However, the real spirit of the Gothic Middle Ages is simply absent. But the facade does not show the Gothic elongation of the forms, it is rather balanced in the classical sense, divided into vertical and horizontal elements, and with the exclusion of the lancet arches of the three ornamental niches and three small castellations, there are no other Gothic decorative forms.

Even the flat, only slightly pointed large arches are not, in fact, the Gothic elements. The direction of these arches leads to the side, and not upwards (as it happens with purely Gothic decorative niches). After the removal of the side defensive barrages, the gates, which originally had only two facade sides (to the city and the outer part), suddenly found themselves surrounded by streets from all sides. Those sides of the gates, to which the earth barrages were previously adjacent, should now have a good look. These facades were covered with the Gothic decorative arches. Now, almost square in shape, the building body tied up earlier to the long line of barrages, should look as powerful as possible in the middle of the streets and therefore acquired four small side turrets that looked like the side towers of the taller block of the tower, located above the middle gates.

The building turned from the gates decorated from the front sides only, into an independent structure, which stood in the middle of the road crossing as a large statue. In February 2005, the gates were transferred to the Museum of the World Ocean. Polish restorers worked on the restoration of the facades; restorers from St. Petersburg and Kaliningrad carried out interior work; the highest category of sculpture was under the guidance of Viacheslav Mozgovoi. The emblems were restored by Kaliningrad artists, Kaliningrad firms were engaged in landscaping. The greatest difficulty was the restoration of sculptures. The gates were solemnly opened in the summer of 2005, to the 750th anniversary of the city, after the restoration that was unique in terms of complexity and timing. The first guest of the gate was President of Russia V.V. Putin.