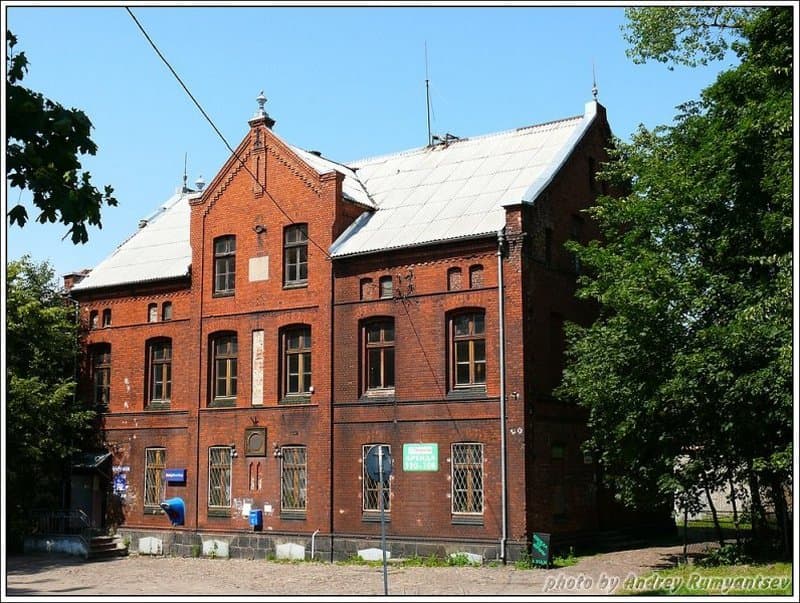 The monument of architecture of the late 19th century. The owner of the agricultural machinery factory, Rudolf Vermke, built this building at his own expense. You can read its initials and the date of commencement of construction on the foundation stone. That's when elements of the so-called ‘brick neo-gothic’ appeared in the architecture of the city; facing brick came to replace the short-lived plaster. The relief laying is made of ordinary, shaped and glazed bricks to the building. The building is decorated with turrets and wrought iron elements. The facade was decorated with a clock. Unfortunately, the tiled roof was replaced with slate roof, which violated the architectural reliability of the building.