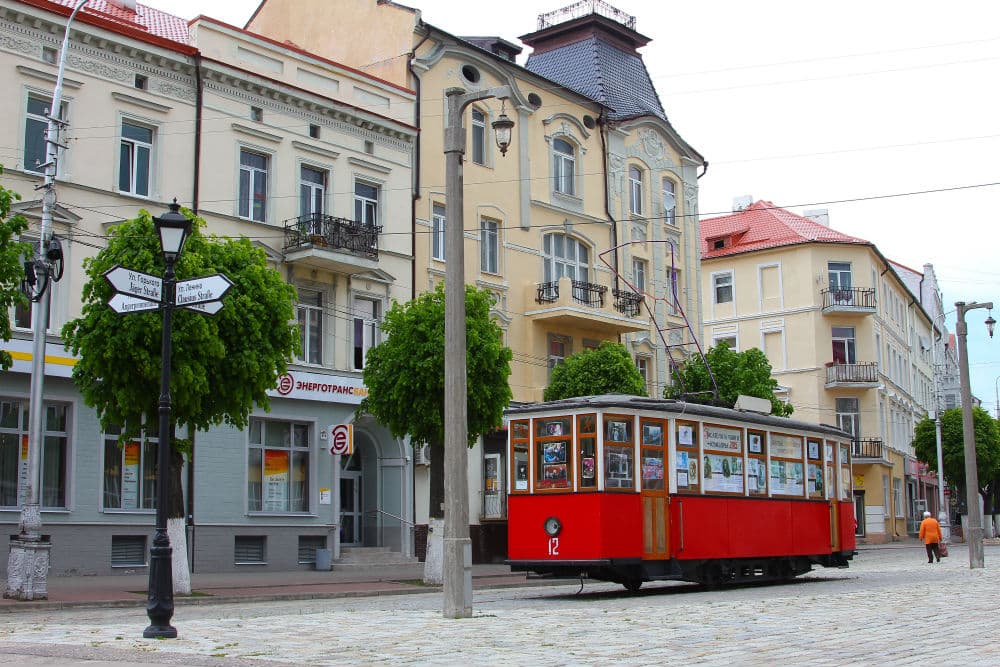 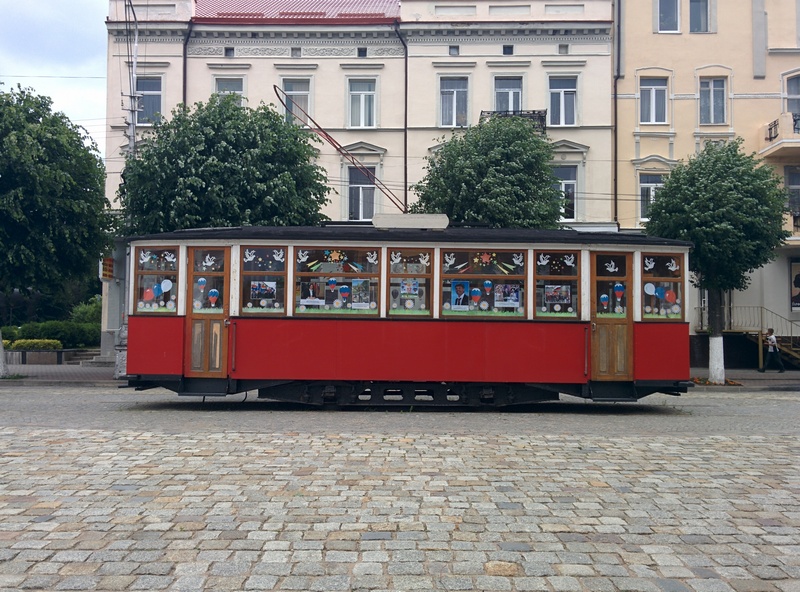 The monument is a mid-20th century tramcar mounted on rails. It is located on the central square of the city and reminds that tram was the main type of urban transport in the years 1901-1944 in Tilsit. The grand opening of the monument took place in August 2012. There are constantly arranged photo expositions inside that tell about the past and present life of the city.