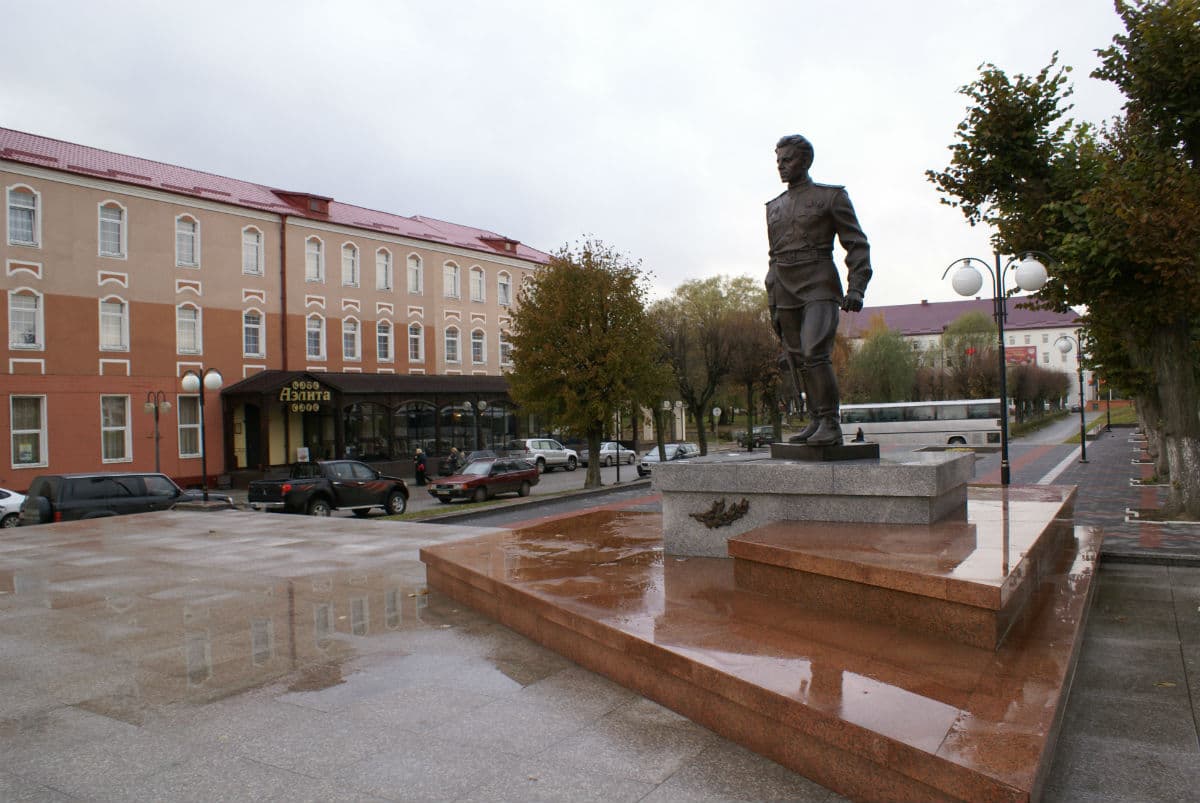 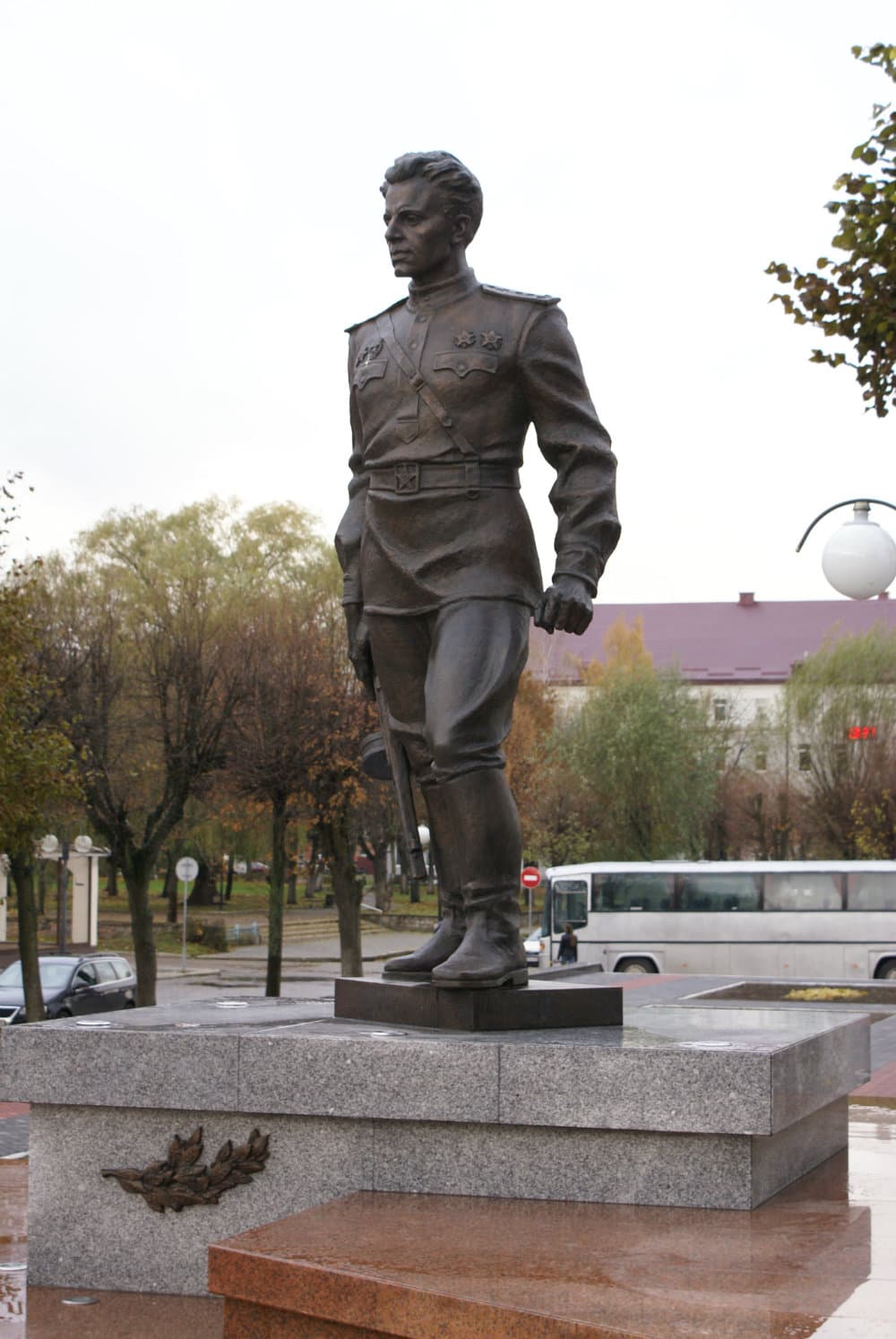 The first sculpture of S.I. Gusev appeared in 1952 in the central part of the city near the burial place of Sergei Ivanovich near the bridge. In November 2009, the remains of Sergei Ivanovich were transferred to a military burial, to a fraternal cemetery on Y. Smirnov St., and on May 7, 2010, on the site of a former monument in the form of a granite stela with a bust by Averchenko, a full-length sculpture appeared, Sergey Ivanovich, Hero of the Soviet Union , works by Viktor Kopych from Minsk.