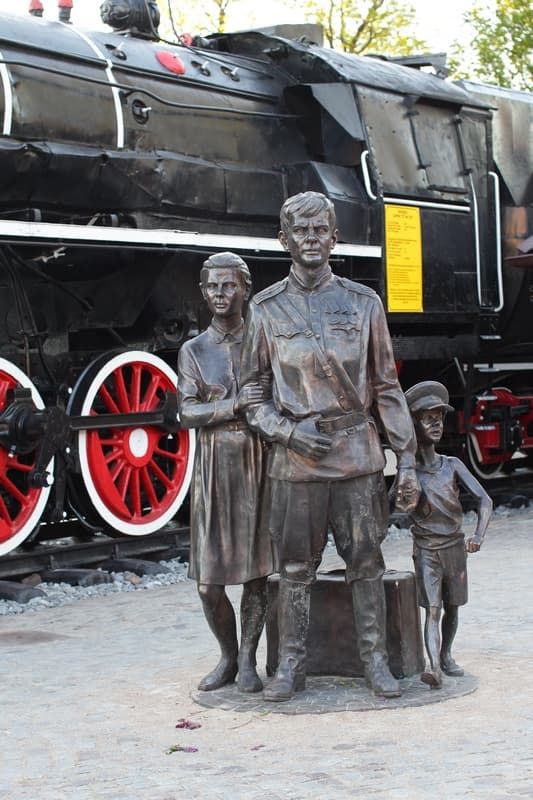 The monument is dedicated to the first settlers who moved to the Kaliningrad Region in 1945-1950 and took an active part in its restoration. The bronze sculpture is a composition depicting an officer of the Great Patriotic War with his wife and son, who put on his father's cap with a red star. The sculpture weighing 973 kg was installed in 2015 at the station square in Sovetsk near the 1943 locomotive. The author of the monument is a member of the Union of Artists of Russia Andrei Shevtsov.