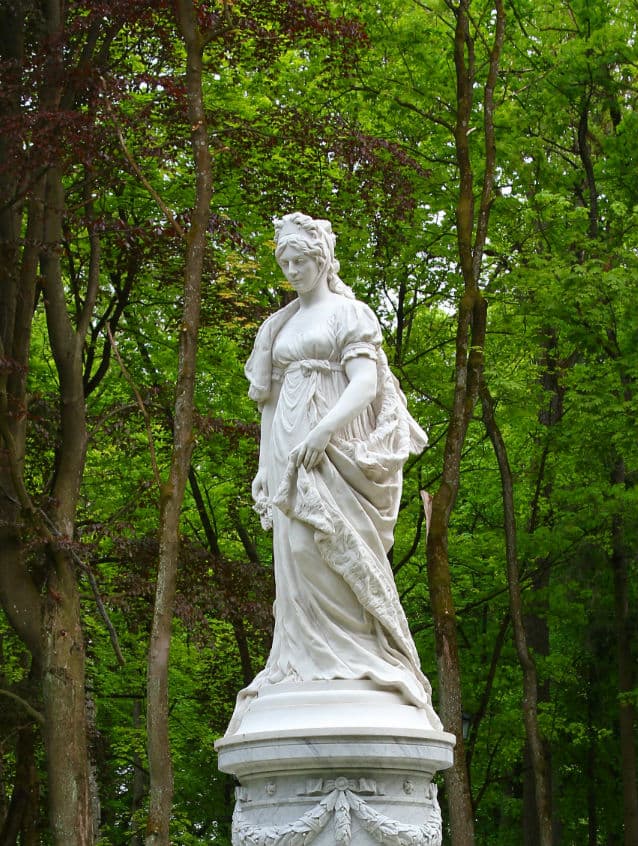 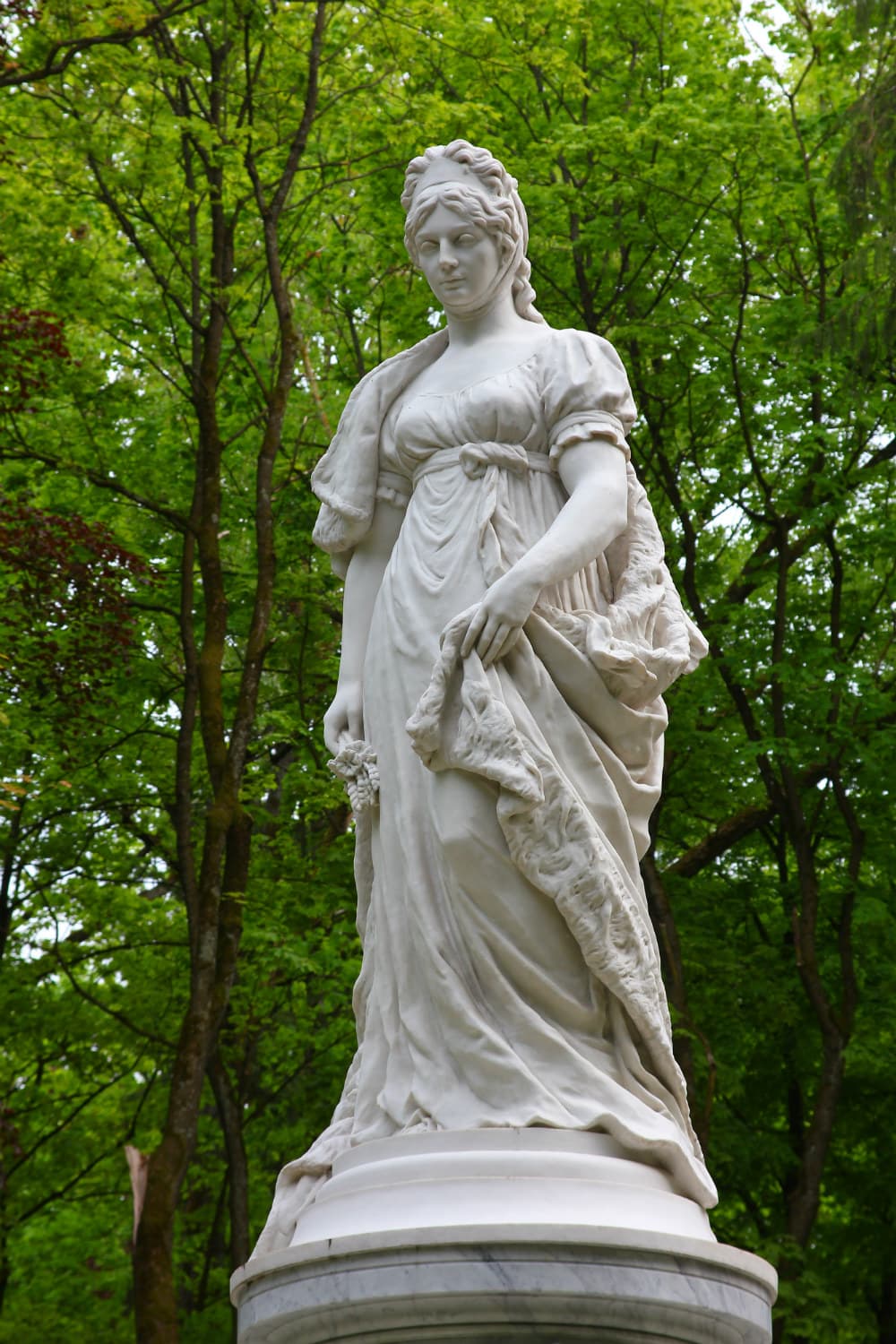 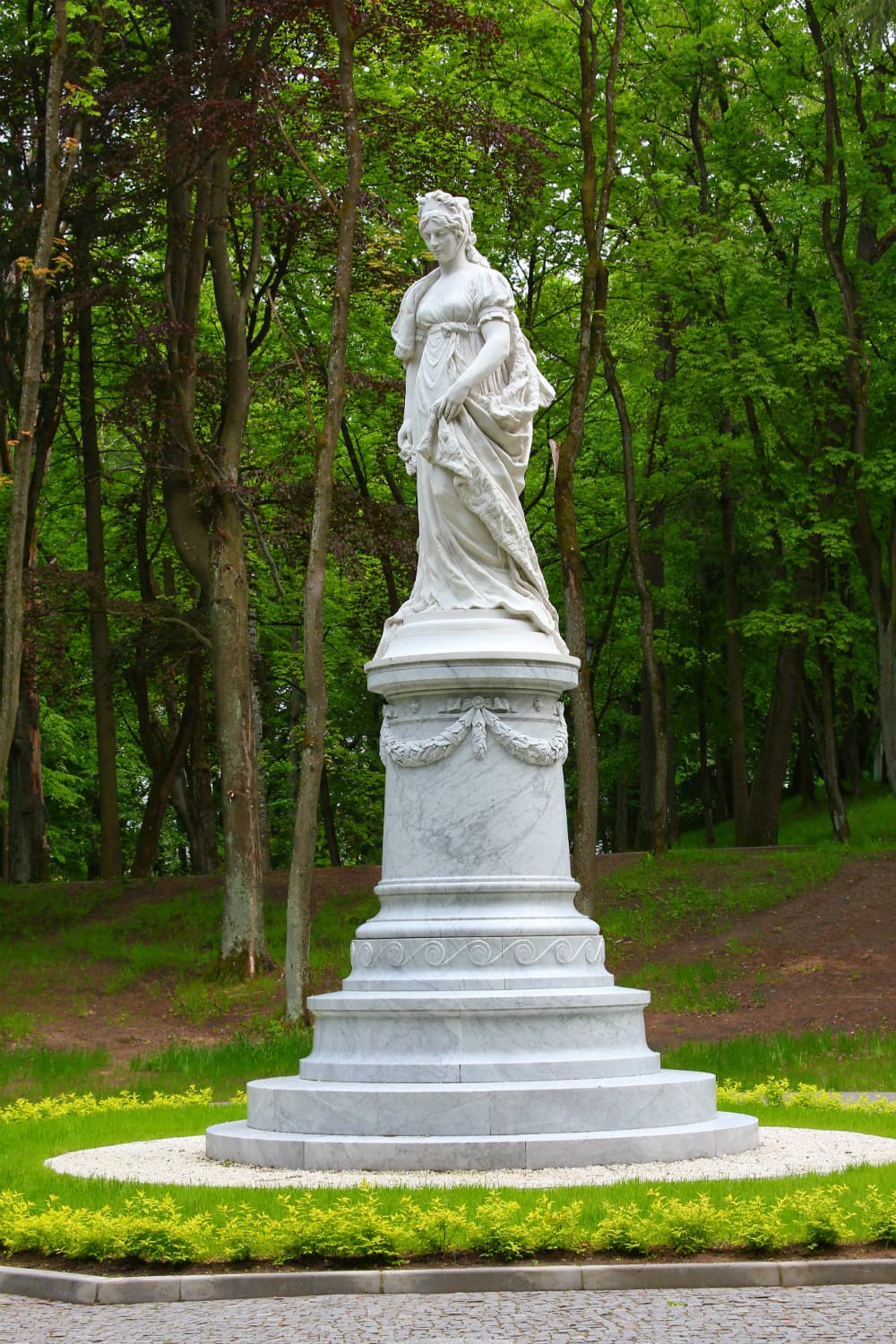 Initially, there was a majestic three-meter statue of Prussian Queen Louise, dressed in a robe, on the site of this sculpture. Her head was decorated with a beautiful tiara. In her left hand she held a falling cloak, and in her right – a small bouquet. In the 50’s, the sculpture was lost. This place was abandoned for a long time. In 2009, it was decided to restore the monument to Queen Louise in Jakobsruhe Park. Its grand opening took place on July 6, 2014.