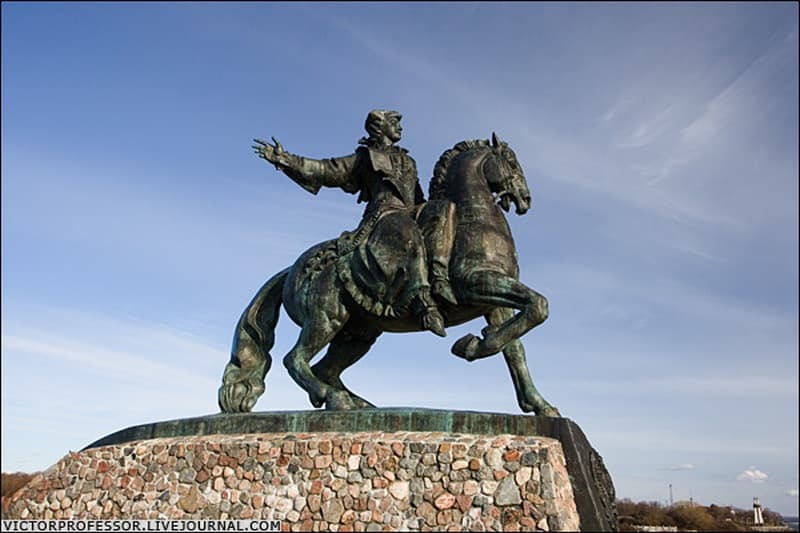 The monument to the Empress Elizaveta Petrovna, made by sculpture G. V. Frangulyan, was installed in Baltiysk near the Northern pier in 2004. It is erected in commemoration of the victories of the Russian weapon during the reign of the empress Elizaveta Petrovna: during the Seven Years' War in 1758 Prussia was occupied by the Russian troops and Pillau swore allegiance to the Russian Crown. The monument surprises by its dimensions: the height of the bronze equestrian statue makes 6.3 meters, the total height of the monument together with the pedestal, made in the form of the defensive structure, makes 14 meters. This monument is one of the two equestrian female statues in Europe.