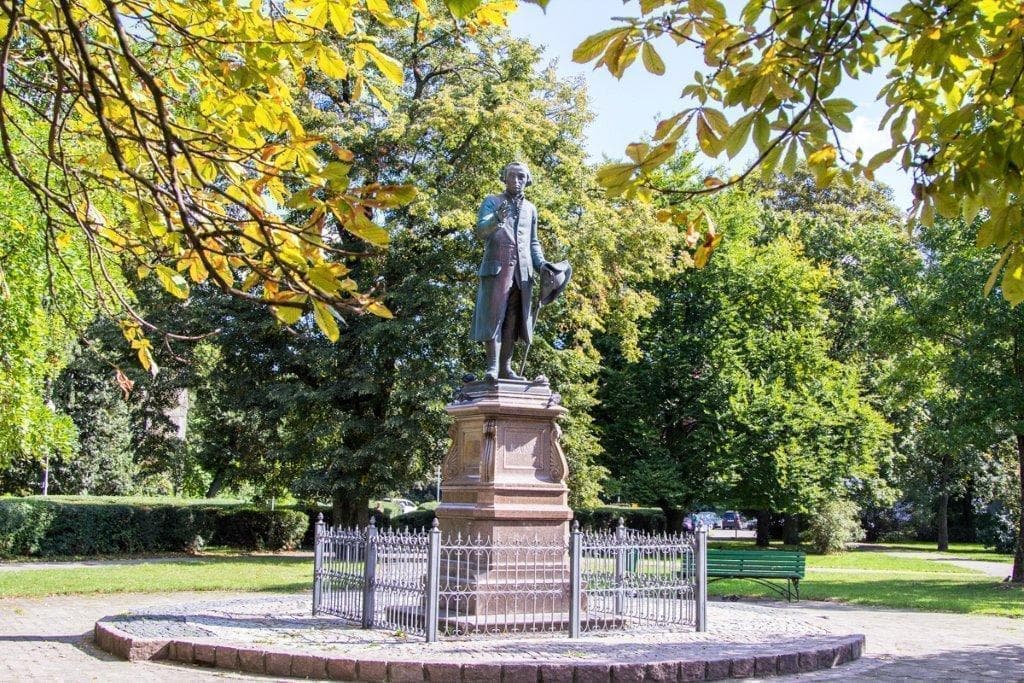 The bronze monument shows Kant standing on a granite pedestal in a long coat, leaning slightly forward, with a sword on his side, holding his cocked hat in his left hand and gesturing with his right hand pointing forward. The pedestal and sculpture together convey the spirit of the times that prevailed after the mid-19th century. The monument embodies the ideal figure in its early days. Kant had died 50 years before the construction of the monument.

There was a dispute around the installation of the monument, which lasted almost 7 years. In the end, in 1864, it was placed near Kant's former home on Prinzenstraße 3, at that time closed with a rotunda. During the construction of Schlossstraße, the monument had to be moved to a new place on Paradeplatz, where he got in 1885. In the center of the square there was already a rider - a monument to Frederick William III. Kant, therefore, took a place at the southwestern corner of the garden. Since 1945, the original has been considered missing.

At the initiative of Marion Countess Dönhoff, in 1992, a copy of the monument was erected east of the university building. Fortunately, a privately owned statuette by Rauch was found. According to this sample (with a corresponding scaling-up) a new casting of the monument was made in 1991-1992.