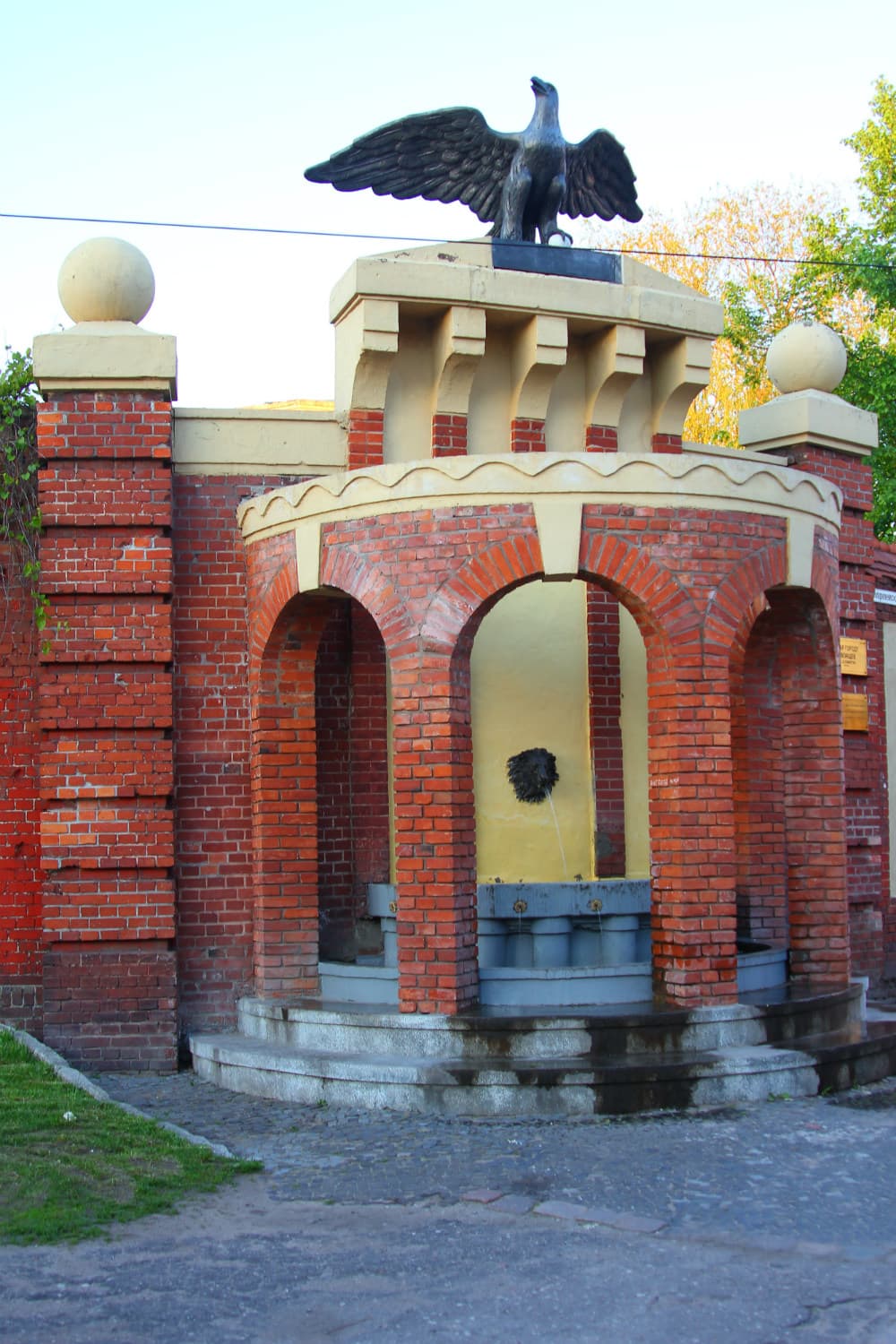 It was built in 1912 in the old part of the city. The eagle sculpture was created much earlier than the base of the fountain. It was made at the iron foundry of F. A. Egells in Berlin and presented to Tilsit in 1836 by the King of Prussia Friedrich Wilhelm III. During the war years the fountain was destroyed, it was restored in 2013 on the initiative and at the expense of the Head of the city N. N. Voishchev.