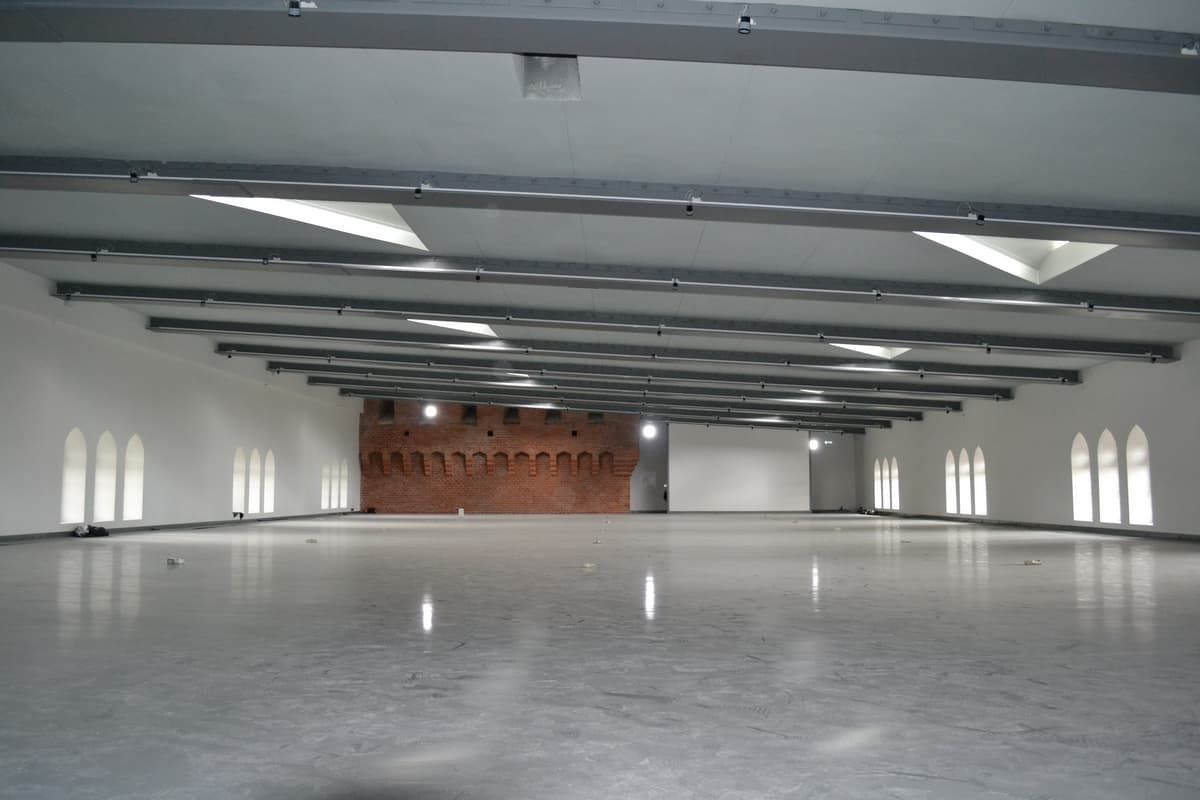 The opening of the exhibition space in the attic (1,445 square meters) is planned for the second half of 2018, later the works on the Kronprinz tower (about 4,000 square meters) will be completed.

The main programs of the NSSA Charity Foundation include: “Heritage in the actual context”, “Contemporary Art and Contemporary Society”, “Art in Public Space”, “Art and Science in the Postbiology Epoch”, “Sound and Video: feed back”, the exhibition program “On the attic ", the program" Artist in Residence ", the educational program" Art Classics ", the publishing program" pH ".

Projects of the NCCA Foundation Foundation have repeatedly entered the short-list of the Annual Russian Prize in the field of contemporary art Innovation (Moscow): “9000 km” (curator: Evgeny Umansky); “Art Guide. Königsberg / Kaliningrad Today ”(curator: Elena Tsvetaeva); Yury Vasiliev’s video installation “Our Father” (curators: Elena Tsvetaeva, Evgeny Umansky); socio-cultural project "Artist and Weapons" (curator: Evgeny Umansky). The Baltic branch of the NCCA thrice became the winner of the “Innovation” award: in 2009 the project “Evolution of haute couture. Art and science in the era of postbiology "(curators: Dmitry Bulatov, Oleg Blyablyas) became the winner in the nomination" Regional project of contemporary art ", in 2011, in the same nomination, it received a joint project with the SRC" Uyazdovsky castle "(Warsaw, Poland) The Enclave ”(curated by the BF NCCA: Irina Chesnokova, Evgeny Umansky). In 2014, the curator of the BCC NCCA Dmitry Bulatov received "Innovation" in the category "Theory, criticism, art history" for the second volume of the anthology "Evolution from haute couture: Art and science in the era of postbiology."

In 2005, Yury Vasiliev’s video installation “The Grove” (Russian Red project, curator: Evgeny Umansky) won the contest “A Changing Museum in a Changing World” for the best incarnation of the image of Russia.