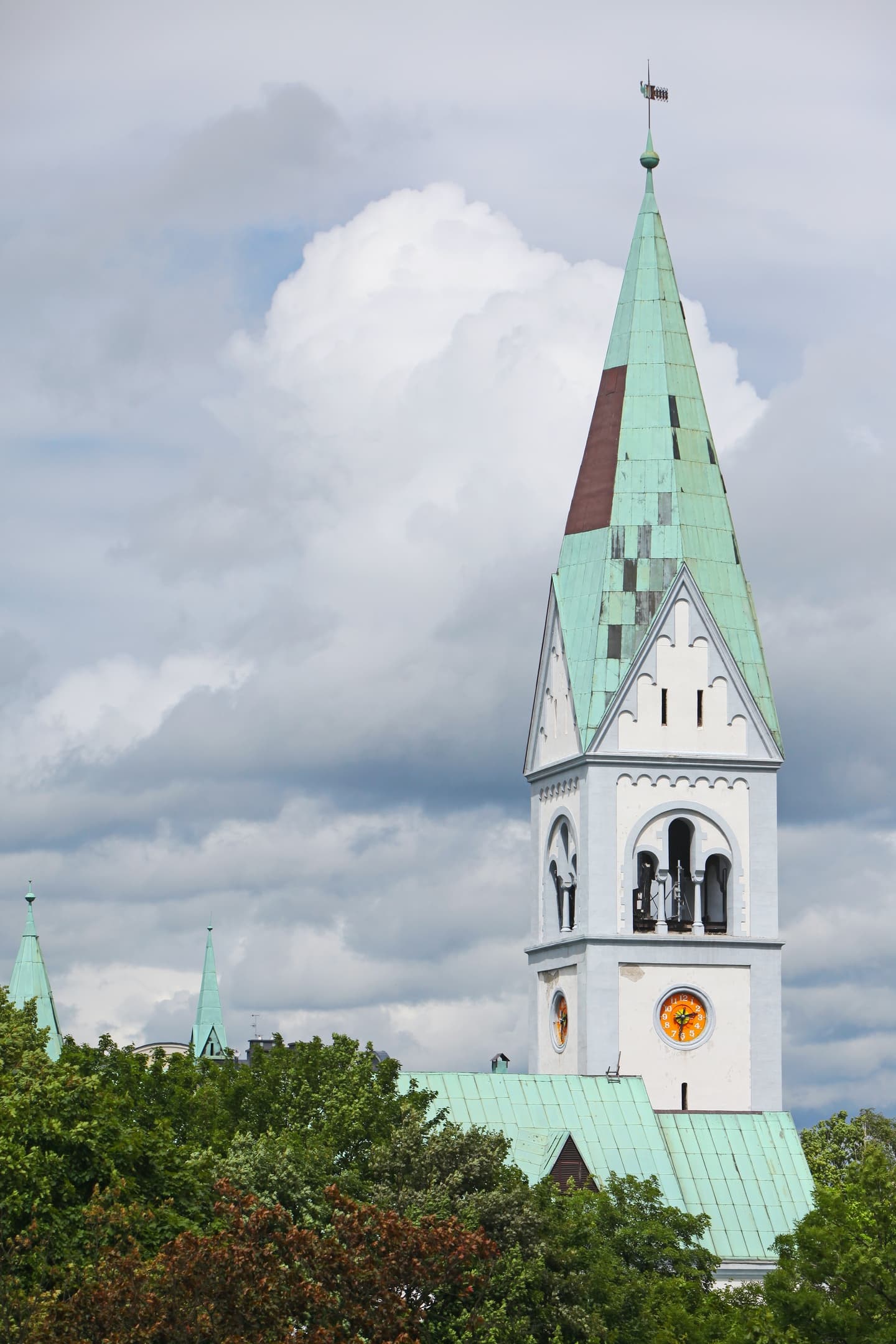 After the death of the most famous woman of East Prussia, Queen Louise, the Queen Louise Memorial Church  was built in 1899-1901, designed by Friedrich Heitmann. The grandson of the Queen, German Kaiser Wilhelm II, took part in the coverage of the church. The Queen Louise Memorial Church was badly damaged during World War II. In 1976, according to the project of architect Iurii Vaganov, the church was reconstructed; it houses the puppet theater [http://visit-kaliningrad.ru/entertainment/theaters/oblastnoj-teatr-kukol]. Here are not only children's performances; The theater willingly provides its platform for performances of youth experimental groups, music festivals and competitions.