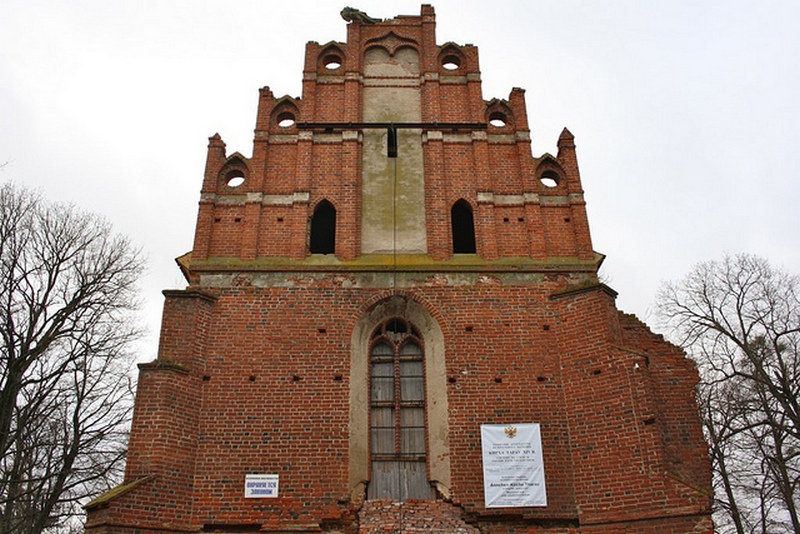 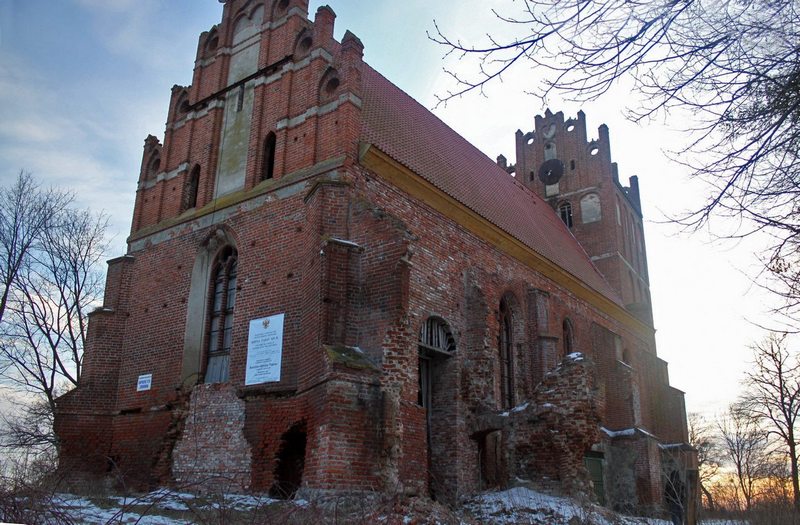 
The parish church was built in the XIV century. Kirch was named after St. Catherine. At the very top a statue of St. Katharina was installed (to this day it has been preserved in a badly damaged state).
In the 16th century, a tower was built in the western part. In the northeast corner was the sacristy. To the left and right of the tower were crypts. Kirkha in Tarau is known as the birthplace of the song "Ankhen from Tarau", popular in Germany, Austria, Sweden. In 1636, the wedding of Ankhen, the daughter of the local pastor Martin Neander, took place in the church of Saint Katharina in Tarau. At the wedding attended by the poet Simon Dah. He fell in love with Ankhen and wrote about his love in verse. Later on these verses music was written. After the fire in 1910, the church was thoroughly restored, the interior decor was carefully restored, and the Königsberg master Karl Novák, the crudely sounding pneumatic organ, was installed. After World War II, the church remained intact, both outside and inside.

Over time, the church began to fall into disrepair. In 1988, the Riga search group in the process of working on the version of the Amber Room opened and examined the basements, with deep trenches from the east and west. The Russian Orthodox Church and the Tarau Kirche Society (Germany, Bönn) are carrying out restoration work, in 2014 the roof was blocked, lights were held, a project was being prepared to restore the unique vaults.