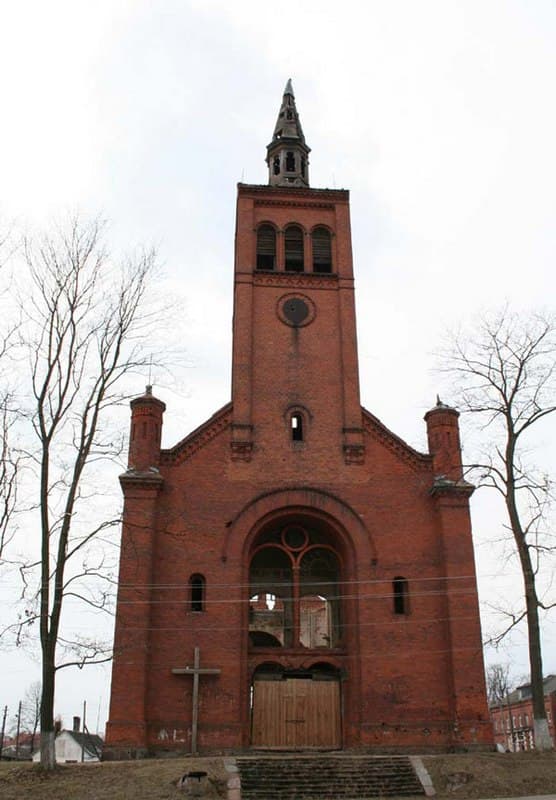 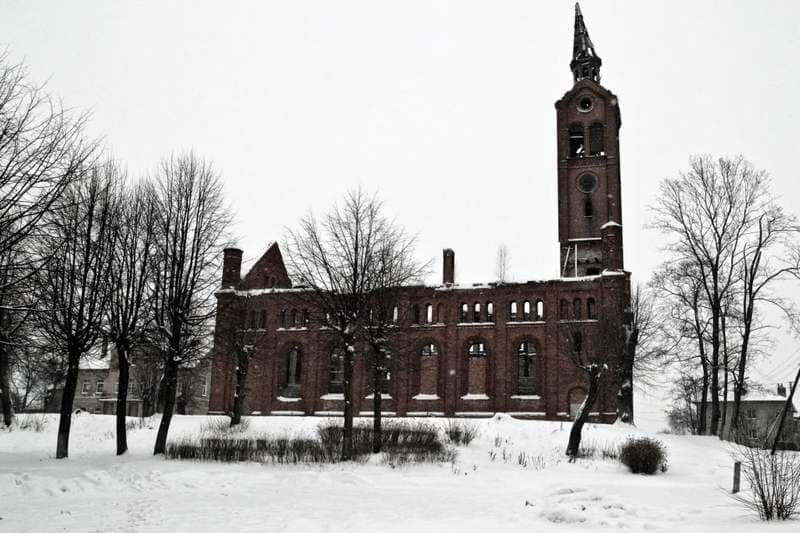 The parish church was built at the beginning of the 15th century, although the first mention of it falls only in 1482. It is located near the Brandenburg Castle, founded by Marcgraf Otto von Brandenburg on the banks of the Frisching (now the Prokhladnaya River) in 1266. The church is separated from the fortress by a wide and deep moat. The church building had a rich architectural design and consisted of a nave, a tower, an apse (a semicircular ledge of the building) and choirs. Above the pointed entrance to the tower was a bas-relief with the coat of arms of Brandenburg, on it you can still see the emerging letters. Commander of the Teutonic Order Günther von Hohenstein was buried in the church of Brandenburg in 1380. In 1633 two works of art were donated to the church. The first is a canopy in the shape of a temple with thick Tuscan columns, which was donated by the church to Barbara Jordan. The second is a hexagonal baptismal table with an engraved image of four evangelists and a tin top – a gift from Julianna Stolin. During the hostilities of 1945, the church was badly damaged. Currently, only a tower without a roof (above the entrance to the tower – a plate with a bas-relief of the Brandenburg coat of arms) and almost completely destroyed the northern and southern walls are preserved. In 2003, excavations were carried out near the church, but no valuable finds were found. In November 2010, the church became the property of the Russian Orthodox Church.