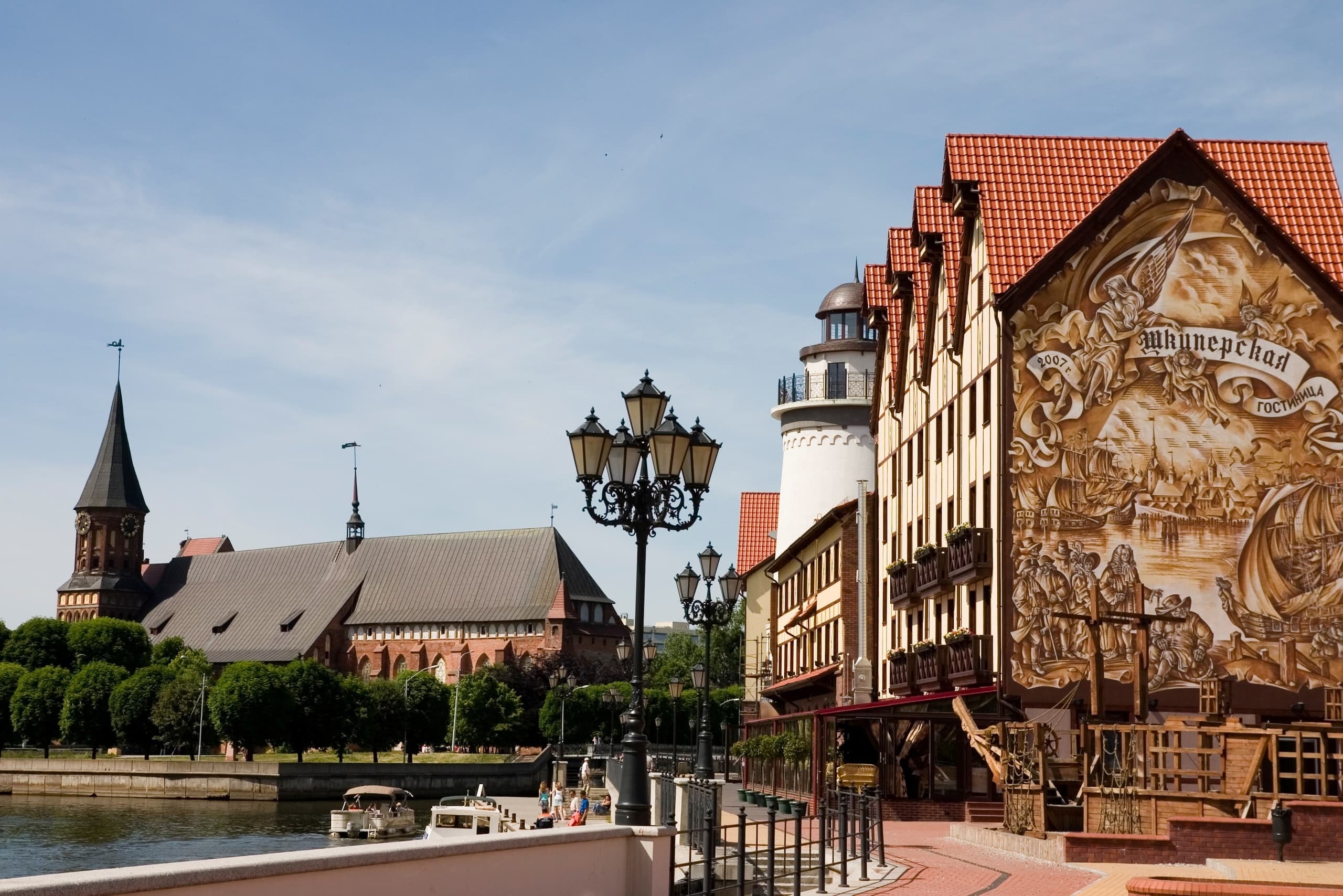 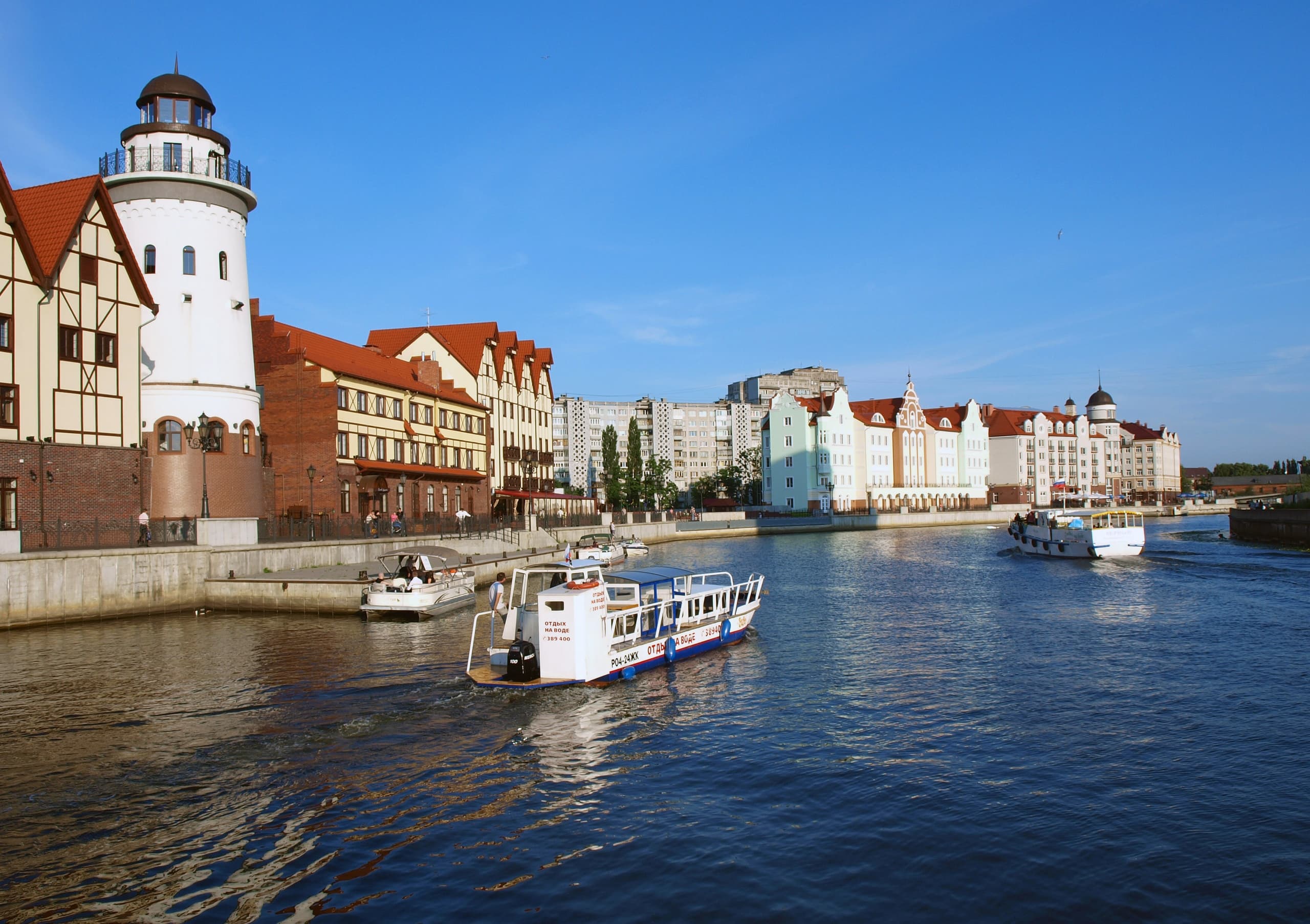 The Fishing village is a modern ethnographic and trade-craft complex, which is a quarter, built up with buildings in the German historical style. The construction of the Fishing village began in 2006. The buildings of the complex are noticeably different from most of the buildings in Kaliningrad with their architectural style, primarily due to the use of half-timbered structures inherent in many German houses from the 15th century onwards. Outside, the complex resembles a cozy urban quarter of the XVIII-XIX centuries, built anywhere in Northern or Central Europe.

The Fishing village received this name due to the fact that it is located on the site of the former German settlement of fishermen, and the modern design and filling of the complex underlines this fact: here you can climb the “Mayak” ("Loghthouse") view tower, have lunch in the “River Station” building, stay in the hotel "Skiperskaya", have a business meeting in the center "Fish Exchange" or walk along the pedestrian drawbridge "Yubileiny". Also here you can use a number of other services offered by the tourist infrastructure. The landscaped streets of the “village” are decorated with decorated benches and lanterns, as well as original sculptures. In the warm season, from here you can go on a boat trip along the Pregolya River.

Since 2013, preparations have been underway for the construction of the second phase of the Fishing village, which will include a number of tourist and business facilities.

After passing over the bridge from the Fishing village, you can visit Kant's island and the Cathedral located there, which is one of the main attractions and architectural landmarks of the city - and then continue exploring the central part of Kaliningrad.