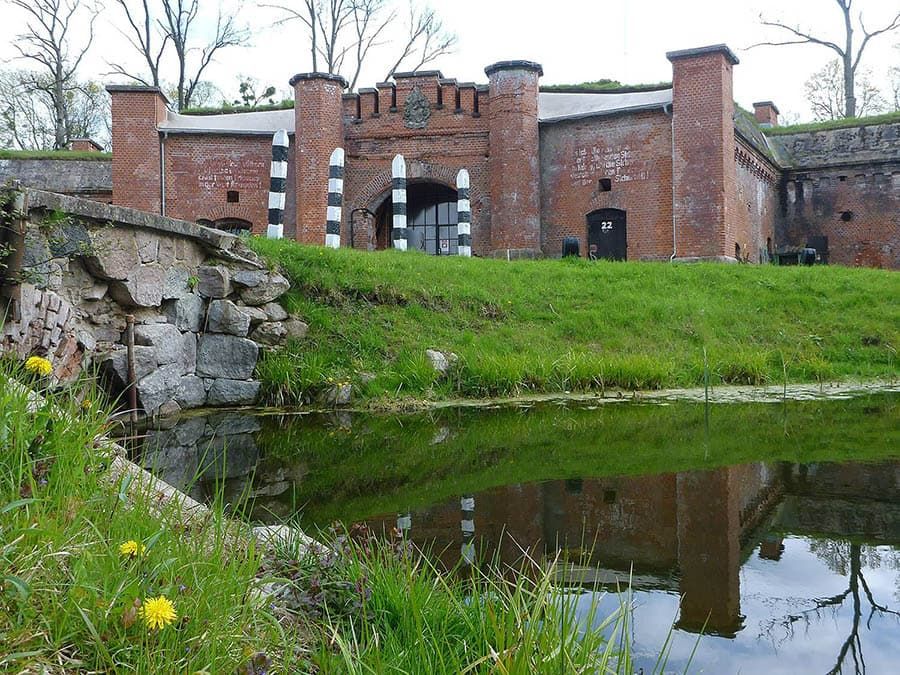 Fort No. 11 Dönhoff is a fortification of Königsberg city-fortress, one of the fifteen main forts, was built in 1877-1881. Originally the fort was called Seligenfeld. In 1894, it was renamed in honor of Friedrich Reichsgraf von Dönhoff (1639-1696), the Governor-General of Memel (now Klaipeda, Lithuania) and the owner of the Friedrichstein estate (now Kamenka village). The fort is a hexagon surrounded by a moat. The central construction is protected by the earth mound. The interior and the two inner yards are symmetrically located relative to the central postern (corridor). During the attack on Königsberg, fort No. 11 Dönhoff was taken by the combined detachment of the junior lieutenants’ courses of the 11th Guards Army at around 1 p.m. on April 7, 1945. In this battle, Guards Sergeant A. Yelizarov and Guard Private N. Andrusenko died like the heroes. Subsequently, they were buried on the territory of the fort. By the Resolution No. 132 of the Kaliningrad Region Government dated March 23, 2007 the fort acquired the status of the cultural heritage object of regional importance. Currently, the fort is open to the public [http://visit-kaliningrad.ru/entertainment/museums/fort-11-denkhof-fort-xi-d-nhoff] (during working hours).