Rest on the sea, without a doubt, the most popular type of recreation. Therefore, it is not surprising that most tourists annually go to the beach. The beaches in our region have gained wide popularity thanks to the magnificent coastline, stretching for several tens of kilometers.

The Baltic coast is a tempting option for those who do not know where to go on vacation in the summer so that it is not too hot. There is no threat of severe acclimatization in the first days after arrival. And do not forget that every resort town on the Baltic Sea is an open-air museum. Beach vacation here can be combined with sightseeing tours. Especially popular are the beach recreation centers Curonian Spit, Svetlogorsk, Zelenogradsk, Yantarny.

The most popular resort of the Baltic Sea in Russia is the Curonian Spit, a national park and a unique natural area.

The Curonian Spit National Park is located on the territory of the Zelenogradsky District, in the southern part of the Curonian Spit, and its northern part belongs to Lithuania. It is a sandy peninsula, occupies the southeastern side of the Baltic Sea and separates it from the Curonian Lagoon. http://visit-kaliningrad.ru/place/park-kosa/; http://www.park-kosa.ru/

The Curonian Spit is included in the list of World Heritage sites of UNESCO and represents one of the main treasures of the Kaliningrad region. 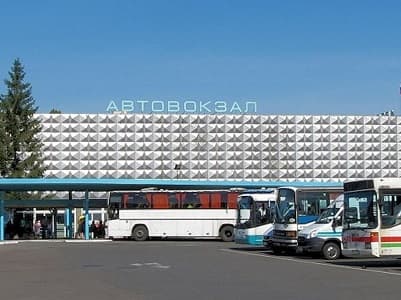 Without transfers from Kaliningrad - by bus Kaliningrad-Klaipeda (sent from the bus station) - schedule. 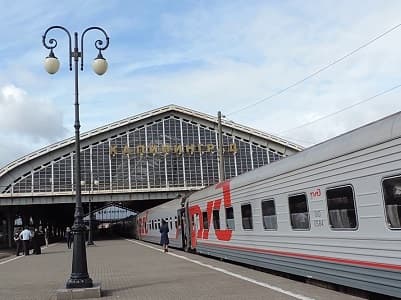 With a transfer in Zelenogradsk - electric trains on suburban lines, including Zelenogradsk, depart from the Northern (schedule) and the Southern Railway Stations (schedule) of the city of Kaliningrad. Having reached Zelenogradsk, you need to make a transfer to regular buses going to the Curonian Spit, or take a taxi.

An independent car trip is the most suitable for visiting the Curonian Spit. In order not to depend on public transport, you can rent a car. According to travelers, this is the most convenient way to see all the sights. The cost of renting a car from 2100 rubles per day.

Beaches of the Curonian Spit

On the Curonian Spit the largest and cleanest beaches in the Kaliningrad region. In the villages of Lesnoye, Rybachiy and Morskoye, located on the territory of the Curonian Spit, a tourist can find a haven for every taste and purse - from a comfortable hotel to private rooms "with amenities in the yard." Mass tourism is impossible here due to the restrictions imposed by the status of the tourist park, so it is unlikely that you will encounter crowds of tourists on the endless sandy beaches.

Each of the three villages has its own information center, where you can get comprehensive information about the sights of the Curonian Spit, book an excursion, and rent a bicycle.

Beaches of the Curonian Spit consist of the purest, shallow crystalline sand, which is very pleasantly crunching under your feet. And behind the high dunes lies the stunning nature of the spit, in which every second plant is from the IUCN Red List, and between them roe deer, wild boars, moose and foxes sometimes stroll. 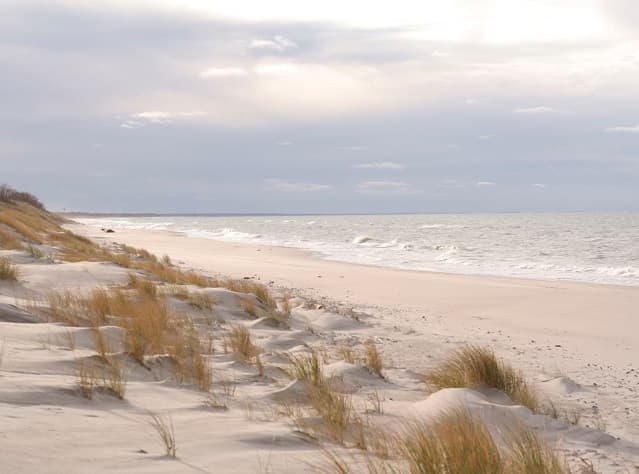 The rest of the beaches are wild, untouched by civilization. 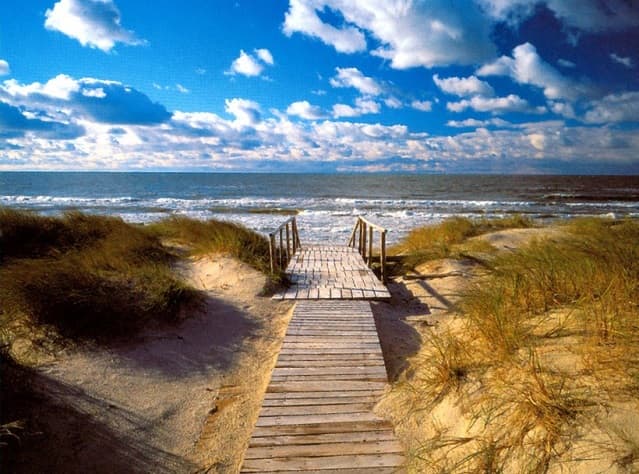 Curonian Spit is a resort of peaceful rest. Rest here has a relaxation character of unity with the sea and nature.

Svetlogorsk is considered a climatic and health resort, which uses local peat mud and hydrocarbonate mineral water. The city is located on the southern coast of the Baltic Sea 38 km northwest of the regional center, connected to it by road and rail.


How to get there?

You can get from Kaliningrad to Svetlogorsk by public transport: Schedule of buses and timetables of trains.

In the region there are large all-Russian taxi dispatch services, so the car can be ordered to Svetlogorsk in advance via the Internet. And also on a personal or rented car.

Along the coast there is a beautiful promenade, which hosts numerous summer bars, cafes and restaurants. In the evenings discos are organized here in the open air.

The climate is comfortable for rest and treatment at any time of the year. The swimming season is usually extended to July and August, although it is possible to sunbathe and bask in the warm sand in other months, including in spring and autumn. 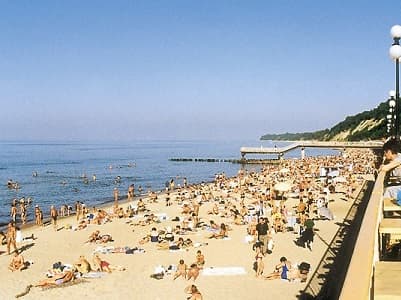 The beach is all over free and free. 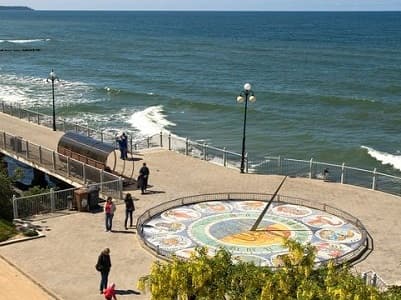 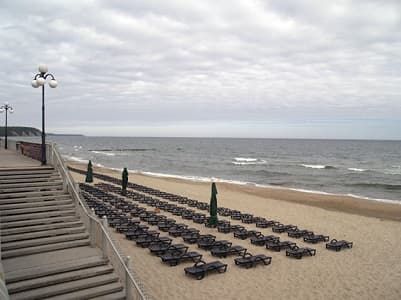 Svetlogorsk beach is the most comfortable beach on the coast.

Another of the most important resorts on the Baltic Sea in Russia is Zelenogradsk.

The city of Zelenogradsk is located at the base of the Curonian Spit - a unique natural monument. The territory of Zelenogradsk from the north and west is washed by the waters of the Baltic Sea and the freshwater Curonian Lagoon. The Baltic Sea, the deposits of therapeutic mud and mineral waters, have determined the development of the city from its very foundation as a coastal climatic and balneo-mud resort.

The resort town is located 30 km from Kaliningrad and is connected with it by car and railroad. In 17 km - the airport "Khrabrovo".

To get from Kaliningrad to Zelenogradsk is possible in any convenient way for you: by bus, by train, by taxi or by private or rented car. Schedule buses and timetables.

The resort has wide sandy beaches with a shallow seabed. The beach strip here extends to a width of up to 200 m, a length of 2 km, with pleasant fine golden sand.

The coast of Zelenogradsk attracts thousands of holidaymakers with its magnificent views. This is one of the best places for peypezazhnyh filming, because the sun here sits right in the sea, and sunsets are simply unforgettable. 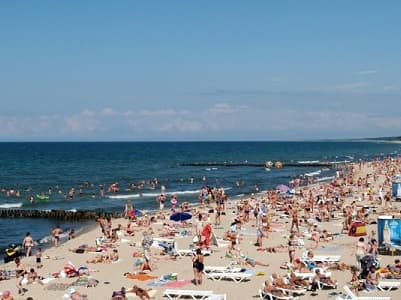 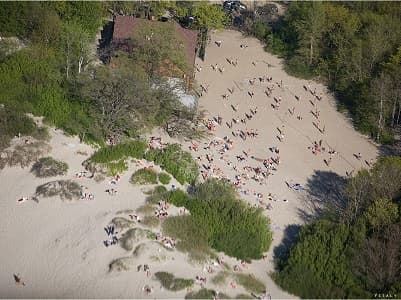 In places, nature created so-called "pans" - cozy sections of the beach, surrounded by dunes and bushes, sheltered from the wind and open to the sun, the sand here is very well warmed, and you can sunbathe from May.

Also no less important resort on the Baltic Sea in Russia is the village of Yantarny. Yantarny is located in the resort area in the north-west of the Kaliningrad region 50 km from the regional center on the Baltic Sea shore.

Yantarny is an attractive place for various types of tourism and recreation, thanks to a pleasant climate, the presence of picturesque landscapes, mineral waters, sandy beaches (up to 300 m wide) and deep-sea lake. I have earned the fame of one of the cleanest corners of the coast.

You can get to Yantarny by bus, which runs regularly from the city bus station (bus timetable) or by car. In the summer, buses run every half hour from the North and South stations of Kaliningrad.

The final bus stop is very close to the beach, which will amaze you with its size.

Those who prefer to relax enjoy a clean wide beach and swimming in the waters of the Baltic Sea, and those who like to spend their holidays actively, are engaged in beach football, volleyball, paintball and even windsurfing. 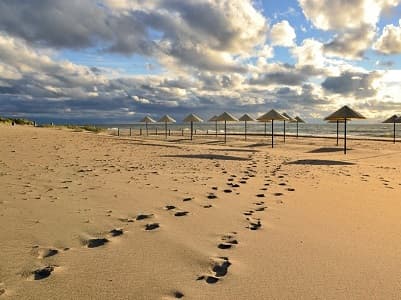 Yantarny is famous for its widest sandy beach (up to 250 meters wide). 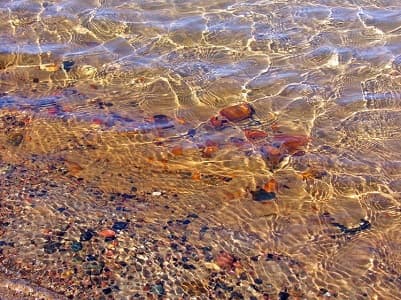 On this beach or in its vicinity you can often find pieces of amber. 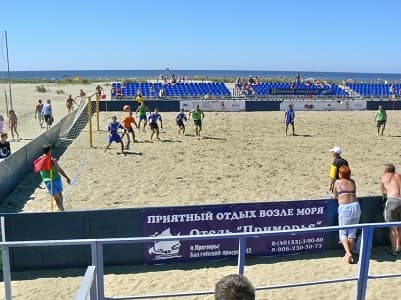 Right on the beach, a beach soccer field has been built, where regional and international tournaments, a paintball court, and several beach volleyball courts have been held for several years.

The beach in Yantarnoye for the third time received the international award "Blue Flag". 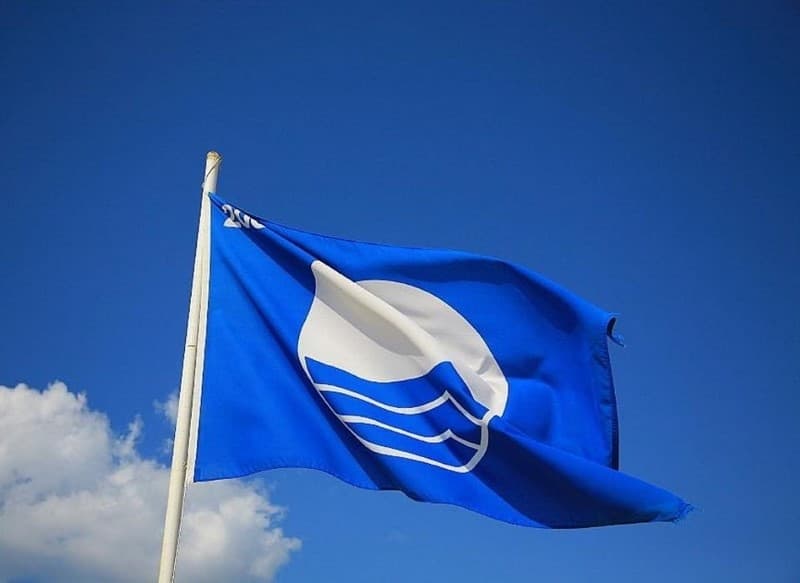